The American Jewelry Design Council will present its highest award, the Benne Award, to Alan Revere during the Tucson Gem Fair on February 8, 2019

Named for the Italian renaissance goldsmith and sculptor, Benvenuto Cellini, the lifetime achievement award honors an individual who has made a significant contribution to the world of jewelry design. Past recipients are Mort Abelson, Cindy Edelstein, Ettagale Blauer and Laurie Hudson.

Alan Revere is being recognized for his contribution to contemporary American jewelry design. Alan has personally taught over 10,000 people how to make jewelry and he has helped launch many successful jewelry careers.Alan is past president of the American Jewelry Design Council and founder of the Contemporary Jewelry Design Group. He appeared in JCK magazine’s list of most influential people in the jewelry industry 25 years ago.

For 20 years Revere created a signature line of award-winning designs, which were sold across the U.S. In 1979, Alan founded the Revere Academy of Jewelry Arts, where he and his staff offered professional training to aspiring jewelers from all over the globe. Alan has written seven books on jewelry, including Professional Jewelry Making, which many consider to be the modern bible for jewelers. It is no wonder that Alan Revere has often been called, “A master’s master.” Revere closed his school and retired at the end of 2017.

“Our organization is proud to acknowledge Alan Revere’s contribution to the jewelry industry and his influence on contemporary jewelry design,” said AJDC President, Barbara Heinrich. “Alan has left his mark in metal, in print and in the hands and hearts of jewelers all over the world. He brought European standards and aesthetics across the ocean and across the millennia at a very important time for our community.”

The Benne Award will be presented at 4 pm on February 8, 2019, in the Designer Showroom at the American Gem Trade Association (AGTA) show in the Tucson Convention Center. 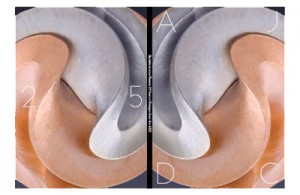