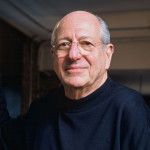 Jewelry designer, artist and craftsman, Jose Hess possesses a talent for creating original, contemporary jewelry that dazzles with diamonds. Jose Hess is a driving force on the international design circuit. Master goldsmith, designer and gemologist, Hess’ roots and career path portray an artist and entrepreneur whose vision, sense of style and quality standards continue to keep him in the forefront of American jewelry design.

A leader and active proponent of American jewelry design, Hess concentrates in creating branded collections.Today, Jose Hess concentrates on mentoring emerging designers by teaching jewelry design at the Fashion Institute of Technology, works as a consultant to jewelry companies in the United States and abroad to help them improve their design and manufacturing methods, and designs a Jose Hess brand collection of jewelry which is featured on television, with Jose doing the presentations live on air.

Industry Leader
Highly respected and actively involved, Hess was the first American president of CIBJO, an international trade association whose mission is to establish uniform standards for the jewelry industry worldwide. He is a past president of the 24 Karat Club of New York City, the Manufacturing Jewelers and Silversmiths of America, and the Plumb Club.

Mentor and educator, Hess has taught jewelry model making at the Fashion Institute of Technology, and often addresses student groups on goldsmithing and jewelry design.

Award Winner
A winner of numerous jewelry design award competitions including the prestigious DeBeers Diamonds International award, Hess has been frequently recognized for his talent. His jewelry has been prominently featured in Elle, In Style, Mirabella, Town & Country, Vogue, and a variety of other magazines. Often seen on the glamorous Hollywood circuit, celebrities such as Demi Moore, Cindy Crawford, Sarah Michelle Gellar and Candy Spelling have been spotted wearing pieces from Hess’s collection.