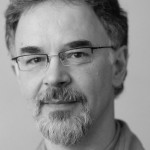 Paul Robilotti, the son of an architect, studied at the Fashion Institute of Technology and New York University. Since founding his own company, Robilotti has created small-scale interpretations of architectural triumphs. He finds inspiration in the grandeur of ancient Greek and Roman buildings, as well as in the rich details and abundant textures of the Classical period. Robilotti extracts elements and then renders his adaptations of those elements in his chosen medium:18kt gold and platinum with precious and semi-precious stones. He says, “I am influenced by the Classical Ideology. I subscribe to its foundations and organization, chiseled and honed into a jeweler’s myopia: Structure becomes form; texture articulates significant detail, while liberties of aesthetic preference create romance.”