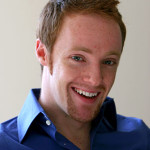 As a young boy, Adam Neeley often went rock collecting in Colorado’s backcountry with his father. By the age of 12, he was teaching himself the rudiments of gemstone cutting and silver‐smithing using Southwestern motifs. At 15, he participated in his first major art show, in Telluride, CO, selling all of his pieces and gaining his first celebrity client.

Formal studies at the Gemological Institute of America required Neeley to be able to identify 1,400 colored gemstones and to grade diamonds. Upon graduation, he was accepted into one of Europe’s top gold‐smithing institutions, Le Arti Orafe in Florence, Italy, where he studied design and advanced techniques with master goldsmith Gio Carbone. In New York City, Neeley refined his platinum‐smithing skills and learned computer‐aided design under Dominic Ventura of the Fashion Institute of Technology.

In 2006, Neeley opened his eponymous art jewelry gallery in Laguna Beach. His jewelry has received more than 10 best‐in‐show and first‐place awards in shows from Beverly Hills to Miami as well as seven jewelry industry awards. Each Adam Neeley creation is a small sculpture with its own intrinsic narrative.