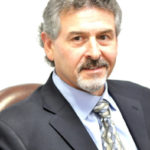 Artisan Ricardo Basta has been designing and handcrafting fine jewelry for more than 35 years. His one-of-a-kind custom-made designs have been showcased in some of the most exclusive jewelry stores in the world, only anonymously. Basta is one of the rare breed of modern jewelers who actually sits at the bench and meticulously handcrafts each piece.

Born in Merlo, Argentina, Basta is a third generation jeweler. His passion for fine jewelry was ignited during his apprenticeship under his uncle, a European trained master jeweler and expert in restoration, for the first 10 years of his career. While honing his skills and advancing his personal technique as a craftsman, Basta, had the opportunity to work on restoring some of the most exquisite jewels in the world. Influenced by the craftsmanship of the artisans of earlier years, he fell in love with the style, quality, and romantic design of period pieces, particularly those designed in the Art Deco, Edwardian, and Victorian periods.

In 1986, Basta began researching and studying the properties of platinum.  Basta has contributed written articles on designing and manufacturing in platinum, amongst other precious metals, in numerous publications.  He collaborated on three books, Jewelry Manufacturing Technology, 2001-2003 for the Santa Fe Symposium, regarding how he has refined his valuable restoration techniques in all metals that are utilized by the jewelry industry today.  Basta is a sought after speaker on relevant topics regarding today’s new technology utilizing lasers, mid-frequency induction casting machines, cad-cam rapid prototyping and the traditional methods of jewelry design, fabrication and production. It is with his vast experience and knowledge that Basta is entrusted to manufacture for top jewelry design houses as well as designers worldwide.

Basta has garnered numerous industry accolades throughout his career but, his most enthralling is the coveted American Gem Trade Association (AGTA) Spectrum Competition that honors America’s top jewelry designers.  In 2016, he won 1stplace in two top categories in Bridal and Business Day Wear and additionally received Editor’s Choice from AGTA Spectrum Awards.  The American Gem Trade Association has bestowed awards to Basta in 2000, 2003, 2004, 2005, 2007, 2008, 2009, 2012, 2014, 2016, 2017, 2018 and 2019.  In 2005, Basta was honored the prestigious invitation to be an AGTA Spectrum Awards Judge.  In October 2014, Basta was honored with the Excellence in Service Award from the Jewelers 24Karat Club of Southern California.  The Manufacturing Jewelers and Suppliers Association awarded Basta top honors in 2003, 2004 and 2016.

The Carnegie Museum of natural History and the Gemological Institute displayed a selection of Basta’s pieces from 2007-2010.  Basta’s pieces were described as, “Poems without words”, by GIA’s museum curator, Elise Misorouski.

Basta’s striking one-of-a-kind exquisite designs are frequently comprised of boldly mixed colored stone combinations interwoven with intricate diamond details that have been showcased in some of the most exclusive, high-end jewelry salons and museums in the world. His unmistakable ability to capture clients desires have garnered the attention by the most chic and discriminating clientele who have a penchant for superb quality gems and who settle for nothing but the best. Basta’s name is no longer a secret.